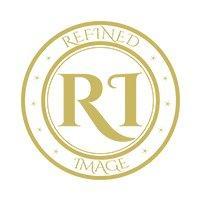 If you eat a healthy diet and exercise regularly, but still have areas of fat that you can’t seem to get rid of, CoolSculpting® could provide the solution. Andrea Bickerton, MD, of Refined Image in Naples, Florida, offers CoolSculpting as a safe, comfortable alternative to surgery for patients with stubborn pockets of fat. To find out more about the benefits of CoolSculpting, call Refined Image today or book an appointment online.

We offer a Free Consultation so you can discuss what the best options for you are.

CoolSculpting is a safe, effective way to reduce fat in areas resistant to diet and exercise. Certain areas of the body contain fat cells that don’t respond as well to chemical signals controlling the release of fat, which is why you may find you’re left with pockets of fat even though you’ve been exercising and following a calorie-controlled diet.

Areas where fat often remains include:

At Refined Image, Dr. Bickerton uses CoolSculpting technology to target these specific areas without the need for surgery.

How does CoolSculpting work?

CoolSculpting works via cryolipolysis, which involves freezing fat cells with intense cold. When the fat cells freeze, the cell walls rupture and the cell dies. In the weeks following your CoolSculpting treatment session, the dead cells break down and your body disposes of them naturally.

Dead fat cells can’t grow back, and new cells can’t take their place, so the effects of CoolSculpting are permanent. You do need to maintain a healthy lifestyle after treatment to prevent the remaining fat cells from storing up too much fat in the future.

Is CoolSculpting a safe treatment?

CoolSculpting technology has undergone strict tests to ensure that it’s safe and doesn’t cause any health problems. Aestheticians and physicians across the globe use CoolSculpting, carrying out more than 5 million CoolSculpting treatments so far with no ill effects.

Dr. Bickerton controls the fat-freezing process so that only the fat cells she targets are affected, leaving all other tissues undamaged. CoolSculpting technology includes temperature sensors that detect when your skin is getting too cold and activate a shutdown mechanism.

CoolSculpting is safer than more invasive forms of fat reduction such as liposuction because Dr. Bickerton doesn’t need to make any incisions into your skin. This means a much lower risk of infection from wounds and far fewer complications compared with surgery and the use of a general anesthetic.

Will I have a slimmer figure from CoolSculpting right away?

The full effects of CoolSculpting treatment won’t be visible right away. It takes your body several months to break down and flush away the dead fat cells. You should see a gradual improvement over time, with a noticeable change after a couple of months. It can take up to six months before you see the final results.